If you cannot decide between a warm or cold dessert, I got you covered with my recipe for Warm Fudgey Brownies with Chocolate Swirl Ice Cream. It has the best of both worlds warm delicious brownies served with homemade chocolate swirl ice cream. 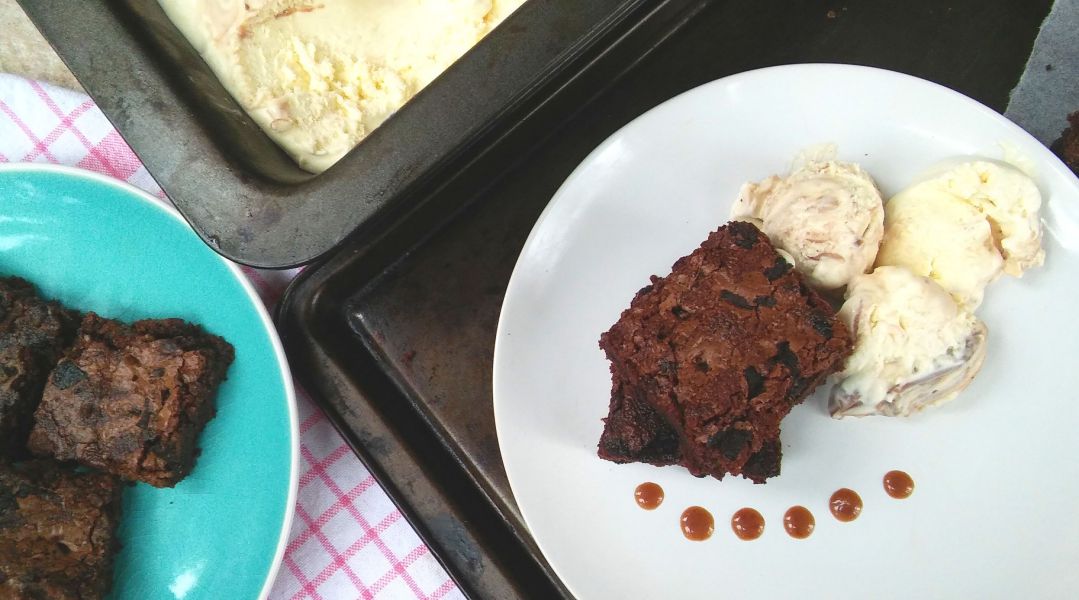 Why settle for the limited flavours of store bought ice cream, when you can create your own unique flavours at home. Making homemade ice cream is really simple and requires no special equipment or churning. Three ingredients is all it takes to make a basic vanilla ice cream. Then additional flavouring like mint, nuts,fruit or chocolate like the one in this recipe creates deliciousness on a whole new level. In this recipe I melted a bar of chocolate containing caramel in a bit of heavy cream for the sauce which I swirled into the ice cream. It creates a marble like effect and is seriously fun to do. The caramel in the chocolate gives it a bit of a toffee like taste and texture and it thickens the sauce a bit more than if you are just going to use plain chocolate. 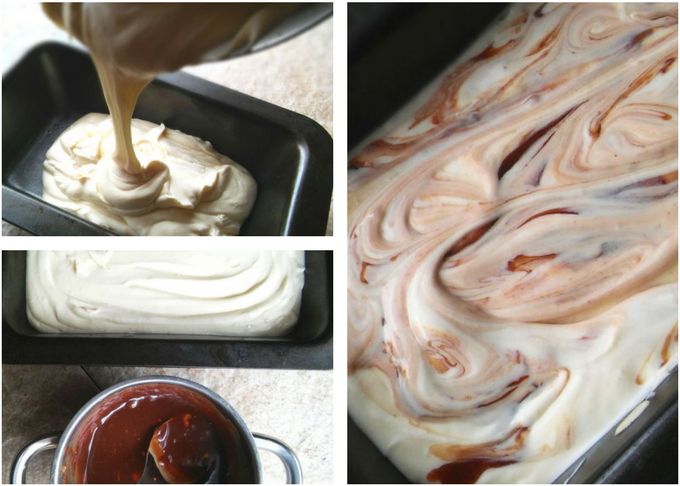 The brownies....wow the brownies, I am totally in love with this recipe....chocolatey,fudgey,warm, decadent is how I can describe the taste and texture of little squares of chocolate heaven. This is such a simple and quick recipe to put together which is actually quite dangerous because I am starting to bake this often now. And boy it is so rich and sinful...let me just say if you going to bake these brownies you better have some company to share it with....so how about it, are you convinced about the addictiveness of these brownies yet? 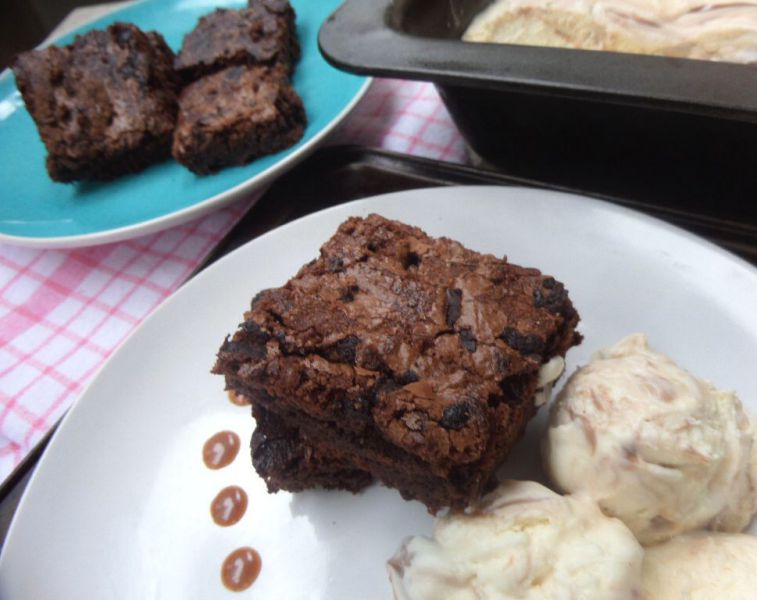 The brownies topped with its crowning glory, the chocolate swirl ice cream seriously makes an impressive dessert.....ALL YEAR ROUND

Whenever I bake these brownies, I just roughly chop up a bit of chocolate, and sprinkle it onto the top of the mixture just before I put it into the oven. I do not really like it in the mixture because I find it sort of melts out of the brownie when you cut into it and it is a bit too messy. Don't get me wrong here I looooooove chocolate..the more the better, but I just prefer a more precise easy to cut brownie. So how do you like your brownies...with gooey melty chocolate or perfect squares?  But you know the rule for cutting brownies don't you....WAIT FOR IT TO COOL FIRST BEFORE CUTTING. This is a like torture but believe me it is worth it. And the crusty edges...DO NOT THROW IT OUT INTO THE GARDEN FOR THE BIRDS...save it for later to crumble onto yoghurt or onto a buttermilk frosted cake. It seriously tastes great. 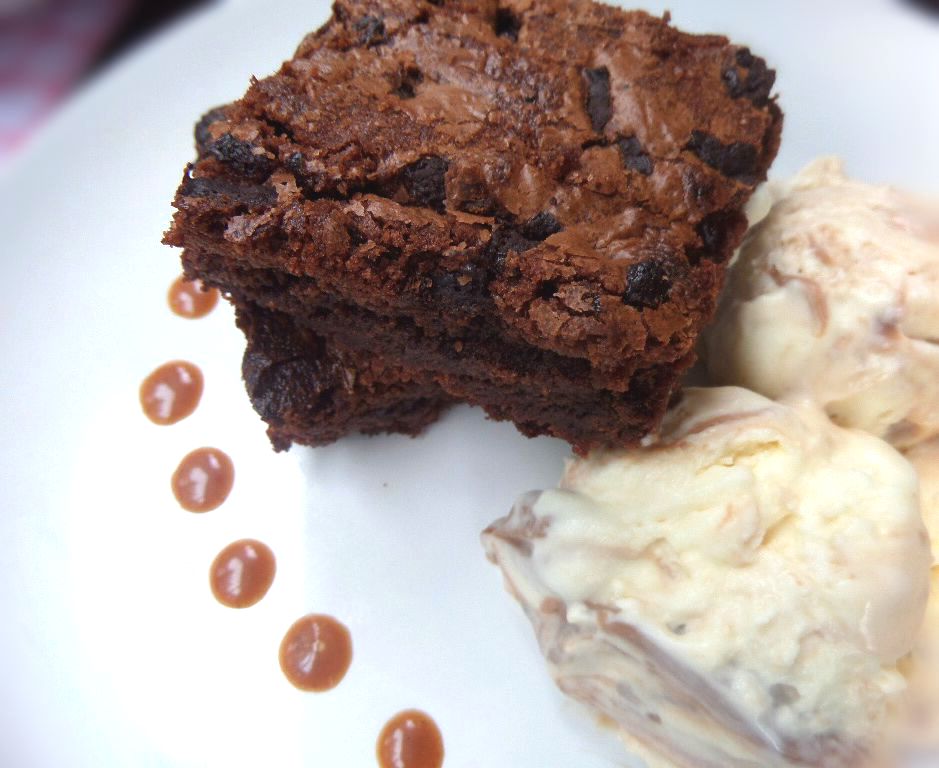 So come on Lets get to this fab recipe for Warm Fudgey Brownies with Chocolate Swirl Ice Cream and let me know how you feel about it being a year round dessert. 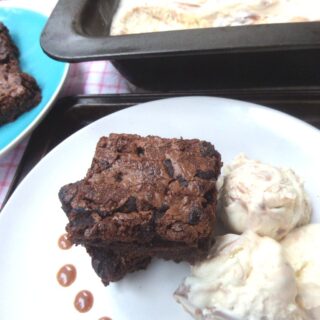 Ashika | Gardening Foodie
If you cannot decide between a warm or cold dessert, I got you covered with my recipe for Warm Fudgey Brownies with Chocolate Swirl Ice Cream. It has the best of both worlds warm delicious brownies served with homemade chocolate swirl ice cream.
No ratings yet
Print Recipe Pin Recipe
Prep Time 15 mins

*Nutrition Disclaimer
Tried this recipe? Let me know how it was in the comments below 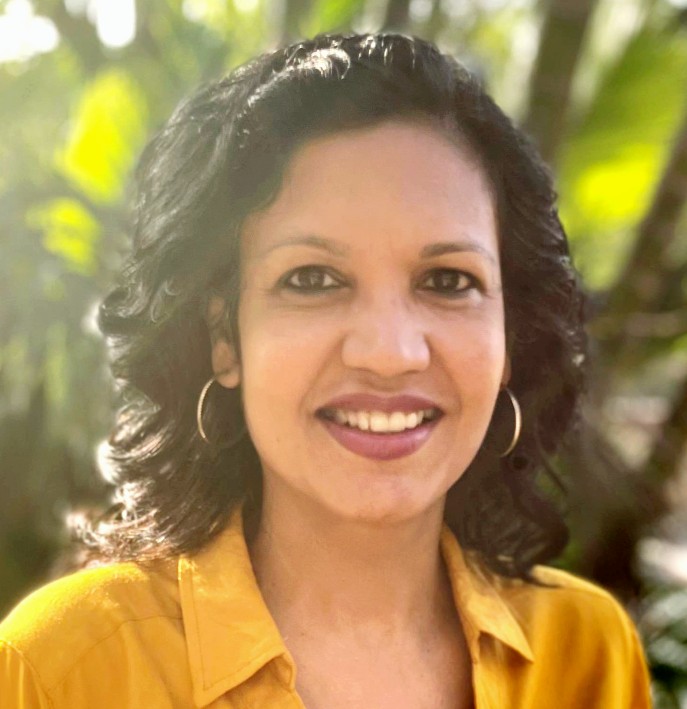 Welcome to my blog on simple gardening ideas and easy-to-follow recipes. Great recipes made with everyday ingredients to create impressive treats. Let me show you just how easy it really is. Enjoy ♥